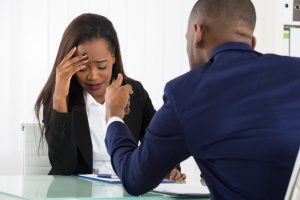 While poor employment practices, harassment and discrimination are coming to the forefront in the U.S., one workplace liability that organizations should not overlook is bullying.

Social media trends have shined the spotlight on a variety of ways people are treated poorly, but the bullying focus has mostly been on schools and not workplaces, which can be breeding grounds for bullying as well. And workplace bullying can lead to lawsuits against your organization, in addition to possible workers’ comp claims.

There has been a bit of an epiphany recently that many employment practices lawsuits concerning stress in the workplace, psychiatric injury, harassment and other issues have their root in bullying by someone in the workplace – often a superior.

Bullying has been present in workplaces for as long as they have existed, and for the most part it has just been swept under the rug. This is especially true for sales people and management with production goals hanging over their heads. Many people are browbeaten by superiors, but the question is: When does leaning on an employee to perform cross the line and become bullying?

Bullies in the workplace appear to be gender neutral. Women account for 58% of workplace bullies, according to the Workplace Bullying and Trauma Institute.

Workplace bullying can lead to stress and, if it becomes debilitating, a worker can file a workplace stress injury claim. This is mostly the case in California, but workers’ comp stress claims are becoming more common throughout the country.

More and more jurisdictions are accepting stress as a valid workers’ comp claim, particularly if it leaves someone unable to work because of their nerves.

Employers should address workplace bullying before it is too late, because it can create liability issues when left unaddressed.

Employers should pay attention to company culture, watch out for cliques that may make newer employees feel unwelcome, and resist making allowances for the companies’ best performers if they are accused of bullying, according to experts.

If you have an employment practices liability policy, coverage for bullying claims may already be covered. But EPLI is very fact-specific and the facts of each case determine a lot on the coverage provided.

Workplace bullying might fall under wrongful acts or workplace harassment. Another area where coverage could be triggered is accusations of “infliction of emotional distress.”

While bullying is not currently covered by any laws, there have been efforts in state legislatures to get laws on the books making workplace bullying an actionable offense.

A new law will take effect on Jan. 1, 2017 that will require California employers with five or more workers ...

There could be yet another workers’ comp rate reduction coming down the pike, after California’s rating agency filed a recommendation ...