Annuities: What Are They and How Do They Work? 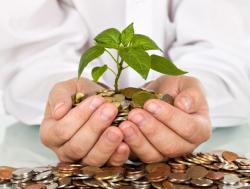 An annuity is a contract with an insurance company. The insurer promises to provide a certain stream of income – which could start immediately or at some point in the future – in return for your contributions, or premium.

If the stream of income begins immediately, the product is called an immediate annuity. If the income stream is to commence at some point in the future, the contract is called a deferred annuity.

Annuities vs. mutual funds
Because annuities are contracts, they are very different products from mutual funds, which are simply baskets of securities run by a professional money manager. Mutual funds are investments, rather than contracts.

Mutual funds make no promises or commitments, other than paying you net asset value when you decide to sell your shares. Only annuities must pay out according to a written contract, even if the insurance company loses money.

For this reason, annuities are often thought of as risk management tools, rather than investments.

Immediate annuities
The simplest and most basic form of annuity is the lifetime income annuity. You pay a lump sum premium to the annuity company, and the issuer promises to pay a specific income to the annuity owner, or annuitant, for as long as he or she lives. You can also elect to have a joint annuity, which will continue to pay a somewhat lower set income each month or each year for as long as the annuitant and their spouse or other designated individual lives.

These popular annuities are very useful for retirees, who can be assured that no matter how long they may live, they will never outlive their incomes.

Deferred annuities
Deferred annuities – those designed to provide an income at a later date – can be fixed or variable. With a fixed annuity, the face amount of the annuity increases at a set rate, from the time the premium is credited until the time the owner annuitizes the contract – that is, elects to start the stream of income.

Fixed annuities are considered very safe, while variable annuities involve the risk of loss as well as the potential for gain.

Money in deferred annuities accumulates tax-deferred. However, when you eventually take the income stream, any growth is taxed as ordinary income as it is paid out to you.

Riders
You can customize your annuity with additional promises and guarantees, called riders, though these may reduce your initial payouts. For example, you can elect an inflation or cost-of-living rider, a guaranteed minimum income benefit or guaranteed minimum withdrawal benefit –each of which may help reduce economic uncertainty in retirement.

Fees
While annuities come with more promises and guarantees than mutual funds, they tend to come with higher fees and expenses, as well. Ask your agent to go over each of these fees and expenses with you before buying an annuity.

That Texting-While-Driving Ticket Will Likely Increase Your Premium

One of the main reasons that car insurance rates are going up is the increase in distracted driving, which has ...

ACA Repeal Plan Is Dead; So What Should You Do?

Now that the American Health Care Act has suffered a defeat in Congress and President Trump has said he’ll move ...