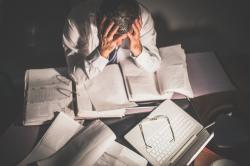 If you remember, the Department of Labor last December was slated to implement a new white-collar overtime rule, but after business groups appealed, a federal judge in Texas issued an order temporarily blocking it days before it was due to take effect.

The DOL had been continuing work on appealing the ruling but now that the Trump administration is in charge, the agency dropped its defense of the Fair Labor Standards Act (FLSA) overtime rule.

The rule would have required employers to pay overtime to workers who make less than a new threshold of $47,476, regardless of their title. So for now, the current $23,660 annual salary threshold will remain.

The preliminary injunction order, days before the new limits were scheduled to take effect, took many companies HR departments off guard, particularly after many had made salary adjustments and changed their payroll systems to account for the new rules. The injunction halted enforcement of the rule until the government could win a countermanding order from an appeals court.

The lawsuit had challenged the legality of the salary threshold, despite the fact that the DOL had been using it to determine overtime eligibility since the 1940s. That essentially means that last year’s rule will be buried, a reality that many employers are sure to cheer. That said, there are some moving parts. A group of labor organizations had earlier asked to intervene in the suit so that they could take the lead role in defending the rule, instead of the DOL.

The takeaway
These latest developments shouldn’t change the current course of action you’ve already taken in response to the injunction. That means you should continue abiding by the existing rule and make sure that you have the appropriate job descriptions for positions that meet the FLSA while-collar duties test (executive, administrative, professional, computer and outside sales). However, at some point the threshold will certainly be increased as the current $23,660 a year is extremely out of date.

While injuries and deaths that occur while someone is carrying out their work on behalf of their employer are compensated ...

Reduce the Chances of Workplace Violence With Tactful Disciplinary Actions

Every year a few hundred people are murdered in American workplaces by disgruntled workers or former employees who come back ...

Workers’ Comp Audit Mistakes: What to Look For

No company owner wants to undergo a workers’ compensation audit, but they are a fact of life if you run ...