Fender-benders – Your Guide to Minor Accidents 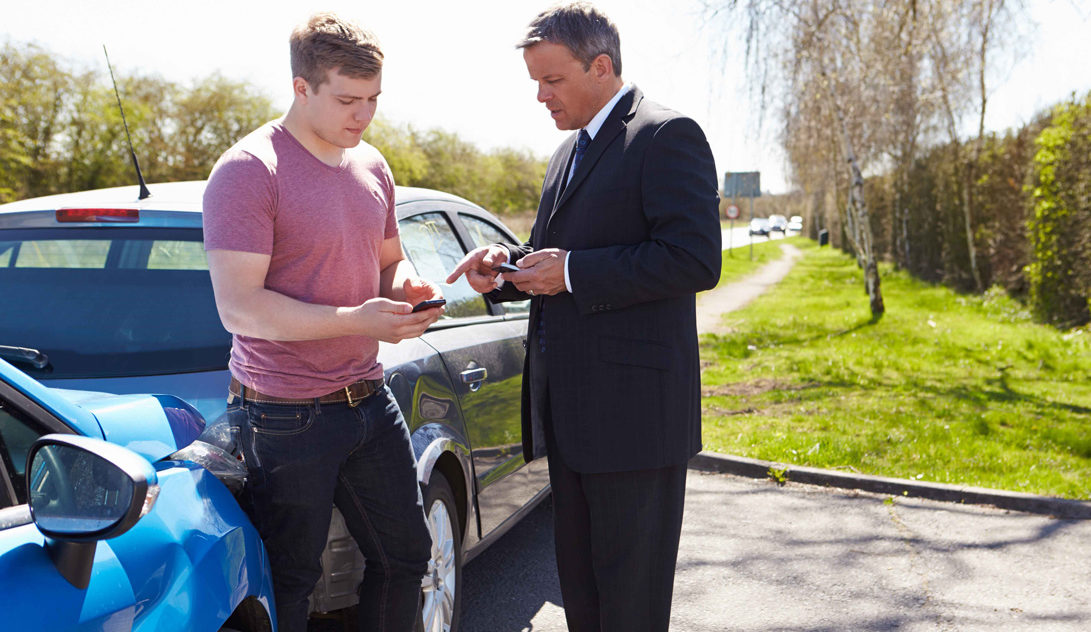 It can easily happen, you misjudge the space when making a turn in close traffic or in a parking lot and you tap another car’s rear bumper. The other driver gets out his car and appears unhurt. He inspects the bumper and says “Let’s just forget about it.”

You agree and go on your merry way.

A few weeks later, however, your insurance company informs you that the man is suing you for lost wages, neck injuries and pain and suffering.

Where did you go wrong? The so-called accident was only a tiny tap that barely scratched paint. There couldn’t have been an injury, as your terrified daughter tells your insurance company’s attorney.

There are things you could have done to avoid this mess. Fender-benders – or even smaller collisions – don’t have to spiral out of control like this if you take the appropriate precautions and steps.

Your first thought might be to call the police. But in some jurisdictions, the police will not respond unless there are injuries. In California, an accident without injuries and less than $1,000 damage means you don’t need to call the police to the scene. You can file a report later.

Then, by taking the steps below you can protect yourself from false claims and help your insurance company reach the best decisions:

That means always carrying your driver’s license, registration and insurance information. Be sure it is with all family drivers at all times. Many carriers now offer the option of an electronic version of your insurance information, but if your phone dies or you leave it at home you are left without vital information. To be safe, make sure you always have a physical copy as well.

Photos can later help show whether any repair estimates were inflated, or whether the force of contact was likely to cause injuries that might later be claimed by the other driver or passengers.

Most phones have cameras now, so you don’t need to be toting a camera with you.

Also, take pictures of all the occupants of the other car, preferably while they are still in the vehicle – or at least while they are all still at the scene.

This can also thwart a fraud scheme called ‘jump ins.’ In an attempt to get a bigger settlement, people known to the claimant come forward and say they were also in the car and also suffered injuries.

Take pictures of the site of the accident. Having photos of the cars on location can help you make your own case to the claims adjuster.

Write down the specifics of the location as well, for example:

“The southwest corner of Bank and Broad streets, about three car lengths before the mailbox.”

If there are witnesses, get their names and addresses. Some may be reluctant; be persistent within reason. Having a third or fourth party to give an unbiased telling of events can be a big factor in a situation of “he said, she said”.

If the driver is not the person named on the insurance card, find out and write down what the relationship is between the driver and that person; family, friend, employee. Write down the policyholder’s name, address and phone information, as well.

Finally, write down a complete description of the other car, including year, make, model and color.

Under no circumstances tell the other driver, “It was all my fault,” even if you think it was.

Remember, there are people who stage accidents for the payoff, and you could have been positioned so that there was nothing else you could do. Even if it was a bona fide accident, let the experts determine blame – or lack thereof – when they work out the insurance compensation.

Top 10 Laws You Need to Know about For Your Business

This is the second of two parts on the top 10 laws that will be affecting your business. First aid ...

Congress Eliminates the ‘Cadillac’ and Other ACA Taxes

Congress has passed legislation repealing the so-called “Cadillac tax” on generous group health plans, as well as two other taxes, ...

After the Grenfell Tower Fire: What Building Owners Can Do to Improve Fire Safety