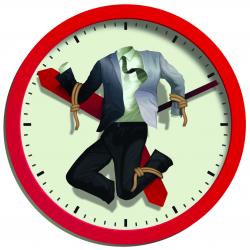 OSHA has issued final rules that delay for large employers and those in high-risk industries the electronic filing deadline for 2016 annual injury and illness records until Dec. 1, 2017.

The new rule changes an Obama-era federal OSHA regulation that required employers with 250 workers, in addition to firms with 20 or more employees operating in various high-risk industries (such as construction, agriculture, manufacturing, transportation and retail) to file their 2016 Form 300A electronically. The original deadline was July 1.

OSHA also said that the delay would give employers more time to prepare their systems for electronic submissions and get familiar with the new rules. In addition, the agency said it would use the delay to review the new electronic reporting requirements prior to implementation.

The delay is probably a good thing, as OSHA noted that it had not yet completed the system on its website for accepting electronic records and that it would not be up and running until after Aug. 1.

There were also anti-retaliation provisions embedded in the Obama-era regulations that covered employee reporting procedures, the rights of employees to have access to company injury and illness records, and listed the types of workplace safety incentive programs that OSHA prohibits.

The workplace safety agency said that it will embark on new rule-making to reconsider, revise or remove these provisions.

EEOC Says Use of Service Dog is ‘Reasonable Accommodation’ under ADA

The Equal Employment Opportunity Commission has sued an employer for refusing to hire a job applicant because he used a ...

What to Do with an Old Life Insurance Policy

As people prepare to retire, it’s not uncommon to find an old life insurance policy in their portfolio. Sometimes the ...

The latest trend in workplace safety best practices is tracking “leading indicators” – or events that take the lessons learned ...