Pharmacy Benefit Managers: A Brake on Rising Prescription Costs or a Cause of Them? 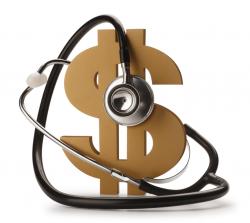 In 2015, spending on prescription drugs grew 9%, faster than any other category of health care spending, according to the U.S. Centers for Medicare and Medicaid Services.

The report cited increased use of new medicines, price increases for existing ones, and more spending on generic drugs as the reasons for this growth. Increasingly, though, observers of the health care system point to one player – the pharmacy benefit manager.

PBMs are intermediaries, acting as go-betweens for insurance companies, self-insured employers, drug manufacturers and pharmacies. They can handle prescription claims administration for insurers and employers, facilitate mail-order drug delivery, market drugs to pharmacies, and manage formularies (lists of drugs for which health plans will reimburse patients.)

Express Scripts, which provides network-pharmacy claims processing, drug utilization review, and formulary management among other services, is the best-known PBM. CVS Caremark and UnitedHealth Group’s OptumRx are other major players.

A PBM typically has contracts with both insurers and pharmacies. It charges health plans fees for administering their prescription drug claims, and also negotiates the amounts that plans pay for each of the drugs.

At the same time, it creates the formularies that spell out the prices pharmacies receive for each drug on the lists. Commonly, the price the plan pays for a drug is more than the pharmacy receives for it. The PBM collects the difference between the two prices.

A PBM could charge one plan $200 for a month’s supply of an antidepressant, charge another plan $190 for the same drug, and sell it to a pharmacy for $170. None of the three parties knows what the other parties are paying or receiving.

In addition, drug manufacturers, who recognize the influence PBM’s have over the market, offer them rebates off the prices of their products.

Questionable transparency
In theory, the PBMs pass these rebates back to the health plans, who use them to moderate premium increases. However, because these arrangements are also confidential, the extent to which these savings are passed back to health plans is unknown. Many observers believe that PBMs are keeping all or most of the rebates.

To fund the rebates, drug manufacturers may increase their prices. The CEO of drug-maker Mylan testified before Congress in 2016 that more than half the $600 price of an anti-allergy drug used in emergencies went to intermediaries.

The PBMs argue that they help hold down drug prices by promoting the use of generic drugs and by passing on the savings from rebates to health plans and consumers.

They reject the notion that they are somehow taking advantage of health plans and pharmacies, pointing out that they are “sophisticated buyers” of their services. They also argue that revealing the details of their contracts would harm their ability to compete and keep prices low.

Nevertheless, PBMs are now attracting scrutiny from Congress, health plans and employers. At least one major insurer has sued its PBM for allegedly failing to negotiate new pricing concessions in good faith.

In addition, businesses such as Amazon are considering getting into the PBM business. Walmart is already selling vials of insulin at relatively inexpensive prices.

PBMs earn billions of dollars in profits each year. With the increased attention those profits have brought, it is uncertain how long that will continue.

As the number of employers offering high-deductible health plans continues growing, the spotlight recently has highlighted an inconvenient truth: some ...

Why Your Company Needs a Total Ban on Cell-phone Use

Distracted driving from smart phone use while driving is becoming one of the leading causes of accidents in the U.S., ...

Group Life Insurance a Smart Move for Your Staff

Group life insurance is among the most popular offerings in the employee benefit market today. Furthermore, millions of American families ...