Trump’s New Orders and the Effect on Group Markets

After months of failed efforts by Congressional Republicans to eliminate the Affordable Care Act, President Trump has stepped in with two sweeping changes that will likely reverberate throughout 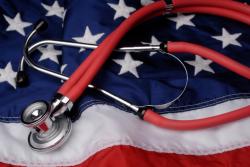 The main order he issued immediately eliminates subsidies that are paid to health insurers that participate in government-run exchanges to reduce deductibles and copays for lower-income customers. While some pundits say the move will create chaos in the individual market, they differ on the likely fallout for group policies.

But Trump did sign two other orders that will have a more direct effect on the group market over time:
• One would attempt to expand the use of health reimbursement accounts (HRAs), which employers would pay into so that employees can use those funds to purchase health coverage on the open market.
• The other would allow employers to band together to create “association” plans, which would offer plans that are not as comprehensive as dictated by the ACA.

Cost-sharing fallout
Nineteen states have already sued to challenge the cost-sharing reduction subsidies, saying the ACA does not appropriate funding for the subsidies and hence they are illegal. Without them, insurers will likely have to significantly increase their premiums or pull out of the health insurance exchanges. While the order means many people purchasing plans on the individual market will see drastic rate hikes, the order doesn’t directly affect group plans.

The American Benefits Council, a national trade association based in Washington, D.C. that advocates for employer-sponsored benefit plans, said that the move to cut off the subsidies could spur some insurers to increase their fees for large employer plans in order to make up for the lost revenue in the individual market. “Employers rely on a healthy and viable individual health insurance marketplace, since an unstable market could result in further cost-shifting from health-care providers to large employer plans,” the council said in a prepared statement. “Additionally, erosion of the ACA exchanges would make individual market coverage a less viable option for part-time workers, early retirees, and those who would otherwise elect to secure coverage through the individual market rather than sign up for, or remain on, COBRA,” it added. But that sentiment is not universal.

Expanded use of HRAs
Another part of the executive order directed the Departments of Treasury, Labor, and Health and Human Services to study ways to expand access to HRAs and the ability of businesses to offer them to their workers. HRAs reimburse employees for out-of-pocket medical expenses not covered by insurance. Funds are put into the accounts pre-tax. Currently, the ACA bars employers with 50 or more employees from using HRAs to reimburse employees for purchasing health insurance on their own. Smaller firms can use them, but the law sets limitations on how. But any changes that might be made would not be immediate as the rule-making process takes time. So there would be no changes to the law for plans incepting on Jan. 1.

Association plans
Trump also ordered regulators to start work on new regulations that would allow small businesses to band together to buy insurance across state lines, and for those plans to be considered part of the large-group market for pricing purposes. Unfortunately, these types of plans have not fared well in the past and currently six states have laws on the books that allow insurers to sell across state lines. The problem is that insurers have to spend significant sums to expand their networks into new areas and contract with local doctors, hospitals and groups.  And despite those six states having these laws, “No state was known to actually offer or sell such policies,” the National Conference of State Legislatures said in a new report released in October.

This is the year that the rubber really hits the road for employers with 50 or more full-time workers. The ...

How to Eliminate Confusion When Transitioning Employee Benefits

Discussing employee benefits is often regarded as an HR nightmare, especially if the conversations are about increased out of pocket ...

As competition for talent heats up, more companies are not only offering higher salaries, but also boosting their employee benefit ...