Employers are paying out more for legal settlements and judgments for cases brought by employees over how they are being treated. 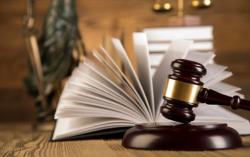 According to the employment law firm of Seyfarth Shaw LLP, settlements for the 10 biggest class-action suits brought by employees grew an astounding 55% to $2.72 billion in 2017 from $1.75 billion the year prior.

The trend in employee class actions reflects a similar trend of individual actions, which should be a wake-up call for employers to review their human resources policies and practices.

These cases include claims for:
• Wage-and-hour violations (such as insufficient pay, failure to pay overtime, etc.)
• Employee bias (such as discrimination against protected classes)
• Underfunded pension plans
• Harassment
• Independent contractor vs. employee disagreements

It’s unlikely that the aggregate record settlement amount in 2017 – the highest Seyfarth Shaw has recorded since it started keeping track in 2003 – may constitute a trend as many of the actions were government enforcement lawsuits against employers brought by the Obama administration. The business-friendly Trump administration delivers on promises of less government intervention and reduced federal enforcement efforts.

But the law firm predicted that 2018 could be still be significant in light of the #MeToo movement after numerous allegations of sexual harassment have sunk the careers of high-profile businessmen, actors and politicians. Lawyers expect more rank-and-file workers, emboldened by the news reports, to file lawsuits against their employers alleging sexual harassment by superiors.

Also, in a bit of pushback against the Trump administration’s policies, a number of state attorneys general have been taking a more aggressive stance on workplace issues and they could pick up part of the slack.

The fallout
The stakes are high for employers. Employee-initiated lawsuits can drag on for years and can be expensive even if the employer wins the case.

Legal fees can easily reach into the hundreds of thousands of dollars and sympathetic juries can punish a company with large awards. Combined, legal fees and awards or settlements can sink a small business by crimping its cash flow and causing irreparable damage.

As an employer, you should review your policies on harassment and discrimination, your pay practices and how you are classifying employees and independent contractors.

You should consider:
• Whether you have a strong anti-harassment and discrimination policy in place, and if you have a solid reporting mechanism for workers who feel they have been harassed or discriminated against. The process should be confidential and you should take all complaints seriously and investigate them.
Whatever you do, don’t retaliate against an employee who has filed a complaint, as that could lead to a retaliation lawsuit being filed against your business.
• Reviewing your pay policies to make sure that you are accurately accounting for overtime pay, holiday pay and that you are not paying one class of worker more than another for the same work if they have similar experience and position.
• Reviewing how you are classifying independent contractors to make sure you are not running afoul of the law. The IRS is still taking a serious view of misclassification, and you also run the risk of being sued by someone who feels they should be classified and paid as an employee if you are classifying them as an independent contractor.
• Taking out an employment practices liability insurance policy. These policies cover legal fees associated with the above actions, investigation costs, and judgments and settlements. An EPLI policy could be your company’s lifeline for protecting your assets should your firm be sued.

How to Avoid Being Sued for ADA Violations

During the last eight years since the Americans with Disabilities Act Amendments Act (ADAAA) was enacted, the landscape for employers ...

As DOJ Sets Sights on Executives, Your Firm Needs Protection

The Department of Justice is stepping up its efforts to prosecute individual company executives, which could see more directors and ...

Legal Traps to Avoid When Dealing with FMLA Requests

If you are a business owner who is confused about navigating the various rules and timelines within the federal Family ...