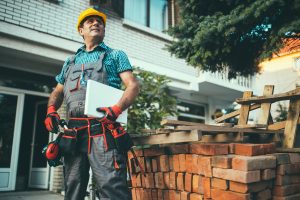 The California Supreme Court has handed down a decision that rewrites the state’s independent contractor law by adopting a more stringent test for determining whether or not someone is an employee for wage order cases.

The new test is similar to Massachusetts independent contractor law, which is considered the strictest in the country.

In its decision in Dynamex Operations West, Inc. vs. Superior Court, the court rejected a test that’s been used for more than a decade in favor of a more rigid three-factor approach, often called the “ABC” test.

The prong that changes the most is the B prong. Prior to this decision, a hiring entity could show that a worker is an independent contractor by either showing that they work outside the course of the company’s usual business or outside all of the places of business of the hiring company.

It should be noted that this case only concerns wage orders issued by the Industrial Welfare Commission, and does not apply to other wage and hour laws.

That means for other cases or issues not concerning wage orders such as Workers’ Compensation or health insurance, an earlier decision known as the “Borello” decision still stands in terms of the independent contractor test.

In Borello, the Supreme Court held that the “right to control” the means and manner in which work is performed by a worker is the most important of several factors to be considered when evaluating a classification analysis. Other factors include:
• Ownership of or providing of equipment and/or tools
• Opportunity for profit and loss, and
• Exclusivity or length of time for which services are performed

This test is more flexible because it balances the different factors to arrive at a classification based on individual circumstances of each case. Prior to Dynamex, many referred to the multi-factor Borello test as the traditional “common law” classification analysis.

The takeaway
In light of this new decision, it may be more difficult proving that someone you hire as a non-employee is actually an independent contractor under the state’s wage and hour laws.

Any business that uses independent contractors as a regular course of business will have to address difficult questions concerning the continued viability of the contractor model.

Also, because the court homed in on the application of the “suffer or permit to work” standard to a variety of business relationships in California, hiring entities will have to make sure that the contracts they enter into reflect the parties’ allocation of responsibility for wage and hour violations.

Please contact your CoreMark agent or service team to access resources to help guide you through this ruling.

Legal Traps to Avoid When Dealing with FMLA Requests

If you are a business owner who is confused about navigating the various rules and timelines within the federal Family ...

Unreported Changes Can Mean Big Costs, Be Sure to Tell Your Insurer of Any Material Changes

One important risk that many policyholders are not aware of is failing to notify their insurer or broker about material ...

Play It Safe with a Vehicle Fleet Safety Program

A work-related vehicle accident will cost an employer an average of at least $16,500, according to OSHA. If injuries are ...