Is Your Workplace Prepared for Legal Marijuana? 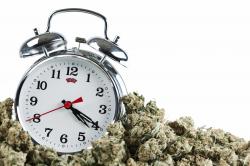 When she interviewed for a job that required a drug test, she informed her would-be supervisor of her condition and prescription. The supervisor assured her that this would not be a problem, and she got the job.

But, after her first day of work, a representative of her employer’s human resources department called her at home and fired her for failing the drug test.

She sued the company for discrimination, and in July 2017 the Massachusetts Supreme Judicial Court agreed, holding that a lower court was mistaken when it threw out her complaint.

For decades, employers have tried to keep their workplaces drug-free, relying on federal laws against possession of marijuana. However, in recent years more than half the states have legalized the drug for medical purposes, and several have legalized its recreational use.

This split between federal and state laws has left many employers in a quandary: How to balance their interests against those of employees who wish to use a product that is legal under state law.

Employers have responsibilities to maintain safe workplaces, and many state laws recognize that fact.

Massachusetts law specifically exempts employers from having to permit or accommodate marijuana consumption in the workplace, and it affirms their rights to restrict its use in workplaces.

Employers in all states still have the right to test their employees for drug use and take disciplinary action they feel is warranted.

However, where medical marijuana is legal and an employee has a valid prescription for it, disciplinary action against the individual could result in a claim of discrimination or wrongful termination.

State courts have been inconsistent on these claims. The employee won the above-mentioned case, while a 2008 California Supreme Court decision reached the opposite conclusion.

Some states, such as New York, protect medical marijuana users from discrimination. Employers with operations in multiple states should verify what protections, if any, those states require. They should also make an effort to stay current on changes to the law and court decisions.

Policy changes employers can make
Some employers, particularly in those states where recreational use is legal, may choose to take a more flexible attitude toward the drug. Here are some changes you may want to consider making to your policy:
● Define the specific terms in the policy, such as “work hours,” “cannabis use” and “under the influence.” Marijuana can be eaten in baked goods as well as smoked, so the meaning of “use” should be clear.
● Specifically explain your procedures for investigating and the penalties for using the drug.
● Require employees who want protection under the Americans with Disabilities Act to self-disclose their use, and protect them from reprisal.
● Differentiate tests for other drugs, such as cocaine, from tests for marijuana.
● Have a program to refer employees with drug abuse problems for medical treatment.
● Educate employees on the health issues of marijuana use and the effect it can have on work performance.

Whatever policy an employer decides to implement, it should be communicated clearly to all new and current employees during orientation and staff meetings. The policy should be enforced consistently and impartially to avoid allegations of favoritism or discrimination.

The legal landscape around marijuana use is changing rapidly. With thoughtful and well-communicated policies, employers should be able to keep their workplaces safe and sober while adapting to the changes.

Preparing for a Workers’ Compensation Audit

Just the mention of a workers’ compensation audit can stir up the butterflies in your stomach and add a ...

Five Ways to Reduce Accidents among Your Driving Employees

We’ve often discussed the scourge of distracted driving in America, brought on in large part due to the use of ...

A federal court has ruled that the U.S. Equal Employment Opportunity Commission has the right to conduct on-site inspections of ...